“Birds: Spiritual Messengers of the Skies” Audubon New Mexico has joined with The Center for New Mexico Archaeology — New Mexico Museum of Indian Arts and Culture to emphasize the importance of birds in our environment and cultures.

Marvel fires Star Wars writer for ‘negativity’ against toxic fans on social media Chuck Wendig is fired by Marvel “Because of the negativity and vulgarity that my tweets bring.” You can see Wendig’s Twitter thread here, and his blog post In Which I Am Fired From Marvel explains the rest. Here are the essential points: Wendig included LGBT characters in Star Wars: Aftermath. Mind, these characters weren’t having Hot Queer Sex or anything; they just were quietly Not Straight. The mere existence  of queer characters incited the less astute members of SWars fandom to campaign against the Aftermath, and Wendig, including fake negative reviews that are startlingly similar. These one-star reviews were orchestrated via FB and other social media; it’s pretty easy to see it happening, and the massive numbers of negative reviews appeared minutes after Aftermath was officially released. Wendig notes:

This includes all sorts of abuse, but some of the YouTube videos are way over the top. But Aftermath and two subsequent books by Wendig performed very well. But the official reason for his firing:

Today I got the call. I’m fired. Because of the negativity and vulgarity that my tweets bring. Seriously, that’s what Mark, the editor said. It was too much politics, too much vulgarity, too much negativity on my part.

Basically, because I was not civil.

Disney/Marvel/LFL had been aware of Wendig’s social media presence and welcomed it, and certainly benefited from it. His presence online has always been blunt, and profane. The takeaway here is that they caved in to the worst elements of fandom. They did not have their author’s back. They had no problem with him being trolled. Wendig says of his Marvel editor: “He seemed genuinely upset at my tweets and profanity, so maybe that’s accurate.”

Here’s the thing, though: They should have either had a policy in place about social media and advised Wendig about it first, or never hired him. Because one of the reasons Wendig’s books sold was that his name was on the cover. In other words, they chose the trollish fanbase, who aren’t paying to read the books, over the paying fanbase, and their author’s civil rights. As Wendig puts it:

To conclude: this is really quite chilling. And it breaks my heart. I am very sad, and worried for the country I live in, and the world, and for creative people all around. Courage to you all. I have a dire fear this is going to get a whole lot worse before it gets better.

Wendig is absolutely right; we need to take back America in order to function as a nation with equal rights.

Is your coworker an assclown or an asshat? Linguists explain the difference The OED is on it, and yes, there is a difference.

‘The streets are haunted’ – Colm Tóibín explores literary Dublin This is a lovely essay about the presence of Irish literary figures in Dublin. And it’s got Cuchulainn!

Free edX online course: How the U.S. Government Works & How to Get Involved From Georgetown University:

This is not your average government class: Our primer offers an overview of the basics, how they apply today, plus the tools you need to make your voice heard. 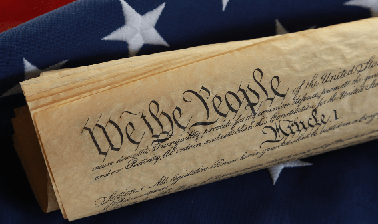 Traditionally, the Gimlet is made with Gin. But lately, vodka Gimlets have become very popular. You’ll need to make simple syrup. Use fresh squeezed limes for a much better cocktail.

Trump Didn’t Win In Spite Of The Access Hollywood Tape. He Won Because Of It.

Even after he won, his supporters were given the benefit of the doubt that they had voted for him in spite of him saying that — that his appeal was so great to them otherwise that they were willing to overlook this transgression. But they didn’t overlook it. They heard it and they liked it. They liked the idea of this rich white man being able to put women in their place. They voted for him because of this. . . . When he said, “And they just let you,” it gave these people a glimmer of hope for a power they felt they once had and have since lost. That’s what “putting someone in their place” means. It means that you have the power “and they just let you.”

Germany protest: Tens of thousands march against far right Only 40,000 had been expected; over 240,000 marched.

Long-Secret Watergate ‘Road Map’ May Soon Be Public. Could It Guide Mueller’s Team?

The Justice Department held that the president could not be indicted, however. Accountability required impeachment, which must begin in Congress — in the House Judiciary Committee — and Jaworski’s office set down a plan for how, legally, to transmit their work to members of Congress.

30 years ago, Spy magazine sent “refund” checks for $1.11 to 58 rich people. The 26 who cashed those got a another check, for $.64. The 13 who cashed those each got a check for $.13. Two people cashed the $.13 checks—Donald Trump and Jamal Khashoggi’s arms-dealer uncle Annan. @KBAndersen

South Carolina Is Lobbying To Allow Discrimination Against Jewish Parents

A $21,634 bill? How a homeless woman fought her way out of tow-company hell

Nicola Sturgeon has pulled out of a conference being jointly hosted by the BBC next month after learning that Donald Trump’s former strategist Steve Bannon had been invited to take part.
Scotland’s first minister said that allowing Bannon to freely express his opinions risked “legitimising or normalising far-right, racist views”.

Shirkers: a movie mystery 25 years in the making “In 1992, young-film-maker Sandi Tan’s debut feature was stolen by its director. Here, she tells the story of its surprise rediscovery and how it inspired her new documentary.”

Pay It Forward and Make It Better

The philosophy of Pay It Forward is that through acts of kindness among strangers, we all foster a more caring society. In the book, Reuben St. Clair, a social studies teacher in Atascadero, California, challenges his students to “Change the world”. That’s something we would all like to do, right? What if we could change the world, even in some small way? One of the students in the class is Trevor, who takes the challenge to heart. As he goes about his day, he wonders what he could do, just a twelve year old student, to change the world. He starts by showing kindness to a stranger, and from there, moves on to the next person he can help.  The Pay It Forward Foundation

She plays o' the viol-de-gamboys, speaks three or four languages word for word without book, hath all the good gifts of nature, knows a hawk from a handsaw, and can see a church by daylight. The rest is subject to fancy.
View all posts by Lisa →
Bookmark the permalink.